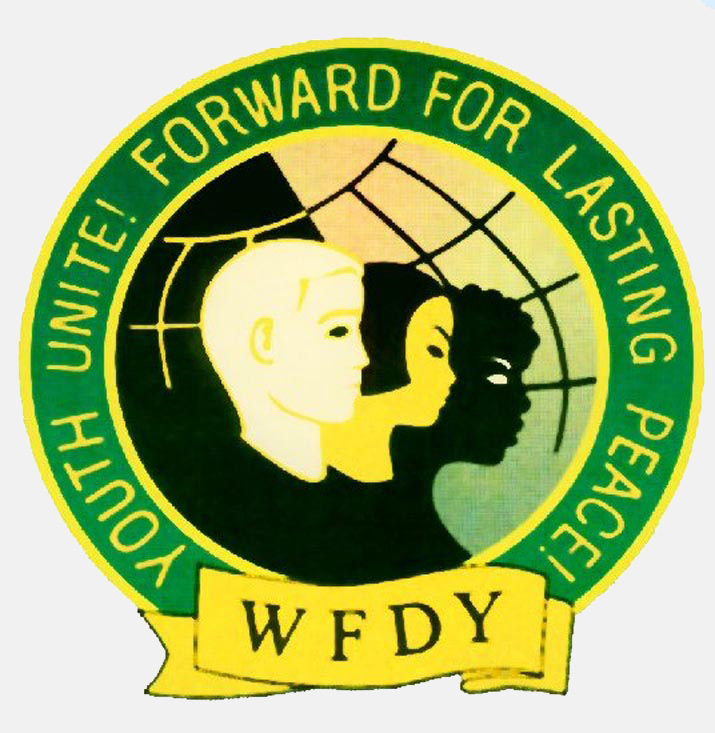 In 1945 during the Second World War, and the struggle against fascism, various anti-fascist movements build bridges of communication and cooperation in the face of the common enemy. Millions of youth saw the necessity of struggling, each from its position, against all forms of destruction of life. As well as the importance of facing imperialism, in the form of fascism or any other form, against exploitation of peoples.

Since then the World Federation of Democratic Youth chose the path of struggling against imperialism, alongside all the anti-imperialist youth organizations worldwide. Since then WFDY pledge to be in this position until the end of imperialism, fascism, colonization, occupation, war, exploitation, and misery of youth and peoples.

Throughout WFDY history, overcoming all the challenges obstructing our struggle,we succeeded in our continuity, and we will continue to work by the influence and spirit of international solidarity and friendship. Through our festivals, missions, solidarity, booklets, magazines, statements, posters, and various other activities, we have set an example of international common cause and struggle, and of international achievements. However, this history couldn’t be achieved without the support of WFDY members and partners; the support towards WFDY’s positions and activity for an international anti-imperialist front.

The 69th anniversary of WFDY marks the beginning of the International Anti-imperialist Campaign of WFDY dedicated to the 70 Years since the people’s victory against fascism, the 70 years since the Nuclear Bombings of Hiroshima and Nagasaki, and finally the 70 years of WFDY. The campaign endorses all these landmarks demonstrating the continuity of the anti-fascist, anti-war and anti-imperialist struggle and to honor all those that came before us and sacrificed themselves to the struggle.

In the Seven decades of our struggle, the message of history remains the same! Our goal to overthrow imperialism is our duty. The World Federation of Democratic Youth was founded for every individual to take action and be part in his present and future. Together, with all members of WFDY, all partners, all volunteers, everyone who believed this Federation is capable of being the only international federation speaking on behalf of the progressive, anti-imperialist youth worldwide; WFDY will continue holding the aspiration of anti-imperialist youth.

WFDY want peace, social transformation, and solidarity. We want the end of occupation, war, intervention, exploitation, privatization, and oppression. On the other hand we want free quantitative education, working rights that insure the benefits of the working and popular class, and publication of the wealth.

The CC/HQ of WFDY calls all its member organizations on the initiation of the 70 years campaign, from November 2014 until November 2015. Wewill celebrate the ending of this campaign in the General Assembly in Havana, to initialize the upcoming period of WFDY. We are certain that will become politically stronger to continue struggling with all the possible means, and with all the national and international forces that fight in favor of peoples.