The issue of personnel is, without a doubt, one of the most pressing concerns for the Russian Communist movement. The problem lies not only in the quantity of members in left-wing and Communist organisations, but first and foremost in the lack of trained and qualified people, who have mastered the skills necessary to conduct the difficult and multifaceted revolutionary work. Of course, such people do not grow on trees. The only way for anyone who is really devout, who did not join the movement out of misguided ambition or a desire to pose, is to become such a skilled and prepared comrade yourself. If we are to win, we have to approach political work seriously and study hard. We have to become true professionals. This issue was made even more urgent by the recent developments on the political stage of Russia, which became a parade of sorts for all political forces.

The political situation in our country is heating up constantly, and the social climate does not fall far behind: the new-old government does everything for that. Various political forces attempt to influence the growing popular protests. Not the least amongst them is the Communist movement, and its main objectives are to organise these protests and get them out of the liberal demagogues’ sphere of influence. But at this moment the Communist movement is not ready for this role yet. It is too separated and suffers from spontaneousness, too many of its members are only capable of supporting the protests as a mass instead of organising them.

We all need to learn collectivism, mutual support, self-organisation, theory and practice now, or the popular movement will come to a dead end. The RCYL(b) has accumulated a lot of experience of collective studies, and since 2009 the Communist Youth conducts its Annual Party Schools every year: in 2009, in 2010 and in 2011. This July another Party School is going to be gathered, this time under the banner of ROT-Front. It will last for 5 days and as before it is open to all friendly left-wing activists.

We address all young left-wing activists who are interested in socialising with their comrades and learning something new together. We invite you to participate in our school and together master the difficult and dangerous but always valiant work of a protector of the interests of the working masses. Maybe you are willing to share your own experience? This is also possible and even welcome. To contact us about this or any other question, please use the following e-mail address:

A Preliminary Program of the ROT-Front Youth Party School

The Program of Modern Russian Communists — this is not a lesson per se, and more of a conference aimed at working out the basics for a comprehensive Communist political program. The draft of the new Program of the RCYL(b) will be used as a basis for discussion.

Foreign Experience and Its Value in Russia — concerning the developments in Kazakhstan and also the tactics of Communists in Greece and Germany and some other countries.

Popular Protest: How to Participate and How to Lead — drawing conclusions from the mass protests of 2011-2012, exchanging experience.

The Ongoing Crisis: Causes, Mechanism, Perspective — the analysis of the current global economic crisis and the perspectives of Russia.

Crash Courses: Theory, Tech Support and Media in Propaganda — general lessons on the basics of education and self-education in the fields of politial studies, modern technology, necessary for political work, and the use of media in propaganda.

The Work of a Local Organisation — this lesson is dedicated to local work, how to build and develop a local cell, how to choose the direction of activities.

Public Relations and the Mass-Media — how to break the media blockade around Communists.

The Labour and Student Movements in Russia — exchange of experience, dialogue with real worker and student activists.

How To Make Your Own Flags, Banners, T-Shirts 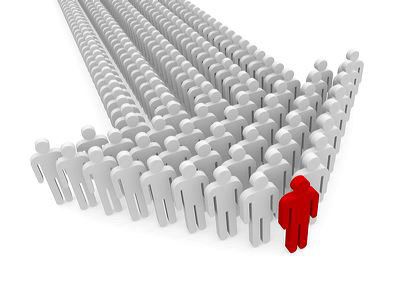