Today, on August 17, 2013, a round table on the theme «The contribution of young people in the struggle for the liberation of the Five Cuban patriots as a contribution to the struggle against imperialism» was held. In this event the representatives of such organizations and movements as «Venceremos», the regional branch of the LCYL of the Russian Federation, RCYL(b), ROT FRONT and some other took part. Also there was the present’affaires of the Embassy of Republic Cuba in the Russian Federation Alejandro Simancas who expressed sincere support for the audience in the protection of the «five». It is worth noting that a large contribution was brought by the movement » Venceremos «, which regularly conducts pickets in support of the Cubans at the Embassy of the USA. In the course of the meeting, the policy of unity and further cooperation of these political organizations in the struggle for the recognition of innocence and the liberation of our Cuban comrades, was planned. It should be noted that this is not the first initiative of uniting the efforts of the international issues. A few months ago the RCYL(b) made an official appeal to the LCYL of the Russian Federation on the preparation of the Festival of youth and students in Ecuador. An answer from comrades have not yet been received. Representatives of RKSM(b) and the Front for the round table expressed their hope for a constructive approach to addressing this issue.

At the end of the round table it was decided to hold joint picket in support of the «Cuban five». This event will be held on September 5, 2013 at the American Embassy in Moscow. In addition, there are plans to create a movie on the theme of protection of the Cuban political prisoners.

Representatives of the capital’s organization of the Revolutionary Komsomol hope that the meeting will serve as an important impetus to the consolidation of our organizations and will lead to fruitful cooperation in various spheres of political life. 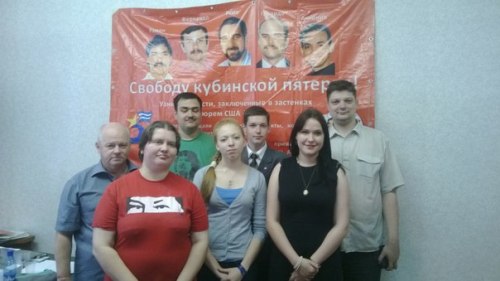 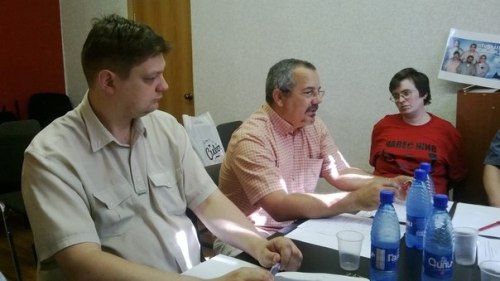