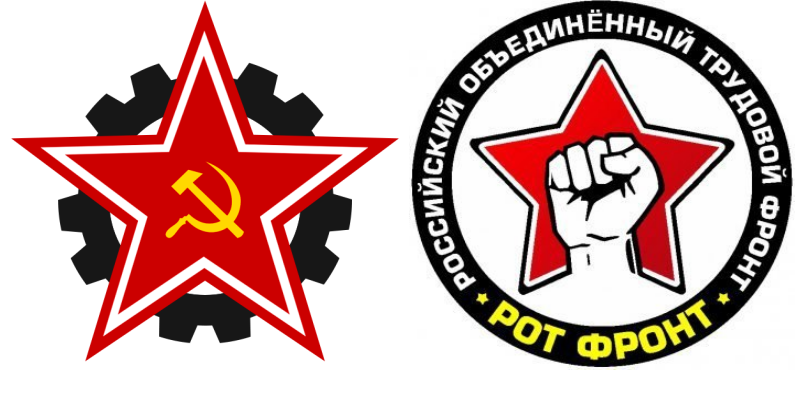 The bourgeois authorities in Russia enjoy portraying themselves as an anti-imperialist force that allegedly condemns fascism and nationalism. However, their real moves force us to challenge this kind of anti-fascist and anti-imperialist rhetoric.

It’s not anew as we, Russian communists, face severe breaches of the bourgeois democracy principles whereby communist demonstrations are banned or dispersed, while the ultra-right are comfortable to hold their activities in Russian cities. For example, on November 7, 2013, the rally by the left-wing and communist forces in Moscow was dispersed by the police, while just before that, on November 4, a ‘Russian march’ was deemed legal, it was held, and its participants were fine shouting out Nazi slogans. This was not a single example; all the time we encounter great difficulties getting official consent to hold our actions.

Every year, the Russian United Labour Front (ROT FRONT) holds demonstrations devoted to the International Workers’ Day in Moscow and other parts of Russia. Trade unions, communist, left-wing and social activists take part in these demonstrations. We have always aimed at bringing together all class-based, workers’ structures, at expressing the common ideas and slogans that unite the progressive working people today. To a large extent, we have been successful in fulfilling this aim. In spite of big demonstrations on that day that are held by a variety of political forces, these are the ROT FRONT actions (which RCYL(b) is a part of) where the majority are always the workers, the working people who stepped into the struggle. We remember that the ultimate task for the May Day is not a vague unity, but the unity of the working people in their struggle for their rights. Given the contradictions between imperialists today, this unity is vital in the context of the 19th World Festival of Youth and Students that is scheduled to be held in Russia in 2017.

This year, the RCYL(b), RCWP and ROT FRONT activists have again encountered severe violations of rights by the authorities. The May Day, as usually, saw various organizations trying to join in, ranging from the liberal groups to those openly chauvinist and fascist in character. Out of all forces, our Labour Front activists were the only ones that were refused to hold a demonstration. Russian authorities, who are actively portraying themselves as ‘anti-fascists’, have given a green light to demonstrations where chauvinist and racist slogans were in use, while the proletarian forces who consistently advocate anti-fascism and internationalism were not allowed to hold a demo. The RCYL(b) intended, amongst other plans, to carry the WFDY banner and to promote the 19th WFYS in the course of the May Day demonstration.

The RCYL(b) Central Committee condemns the bans of public actions in Russia, the double standards of the Russian authorities where they show anti-fascist and anti-imperialist slogans for the international audience but when in fact they promote the spread of chauvinist and pro-fascist sentiments in Russia, by banning the true anti-imperialist and anti-fascist actions to be held by the working people and by unleashing the repressions against the left-wing and labour activists.

ROT FRONT, the Russian United Labour Front, is a coalition of communists and workers’ forces. One of the leading forces inside ROT FRONT is the Russian Communist Workers’ Party. The Revolutionary Communist Youth League (Bolshevik), a WFDY member organisation, is also part of ROT FRONT in Russia.