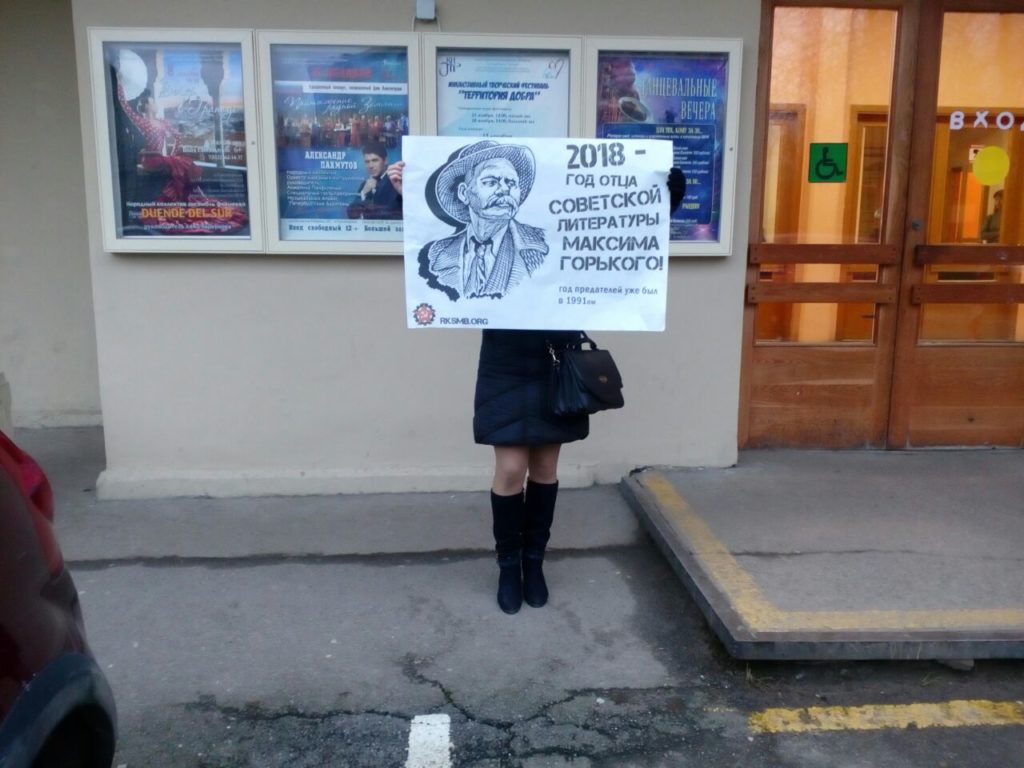 English (40)  16.01.2018
The Revolutionary Komsomol activists today (November, 29th, 2017) picketed the center «Troitskiy», where a theatrical concert dedicated to the personality and work of Maxim Gorky, timed to the 150th anniversary of the writer, was held. This time the picket was held not in protest but, on the contrary, in support of the Soviet classic, one of the founders of the Union of Writers of the USSR and the founder of socialist realism in literature. Because now it is practically impossible to hold a picket legally thanks to the efforts of the «Committee on law» of the city administration, it was decided to hold several solitary pickets, which do not require an approval. The picketers one by one handed each other a poster with a portrait of the writer and willingly explained the meaning of the action to all concerned. With this action the Revolutionary Komsomol has opened a sery of events dedicated to the announcement of the next year the Maxim Gorky Year.

Timur Rakhimov, a young history teacher: «The value of Maxim Gorky’s creativity is hard to be overestimated. He not only vividly and accurately described the contrasts of his age so that he could interest a reader with the ugly side of life, far from a fairy tale, but close to the reader. Gorky breathed life into the genre of social prose which continues to reincarnate to this day, and from which modern authors do not hurry to refuse while creating bold new works».

Sergey Miroshnichenko, a locksmith of 4th category: «Having become a classic during his lifetime and gained fame largely due to the support of Vladimir Korolenko, Gorky did not rest on his laurels, and he supported and brought to the people many talented writers. Isaak Babel, Evgeni Zamyatin, Alexander Grin and others are obliged to his support. I was bewildered when found out that the Russian government is retroactively trying to push a campaign to promote reactionary propagandist Alexander Solzhenitsyn, and for the application to UNESCO on its behalf, a presidential grant is allocated. I think, when Solzhenitsyn became a political propagandist, he died as a writer, and if he realized the full seriousness of his actions, he would hang himself like Judas. He confessed a vile anti-Semitic and chauvinist attitudes, promoted sympathy for collaborators and outright criminals, and therefore there is no place for his agitation in the school curriculum.The Gorky Year would be a positive cultural programme for all fans of literature.» 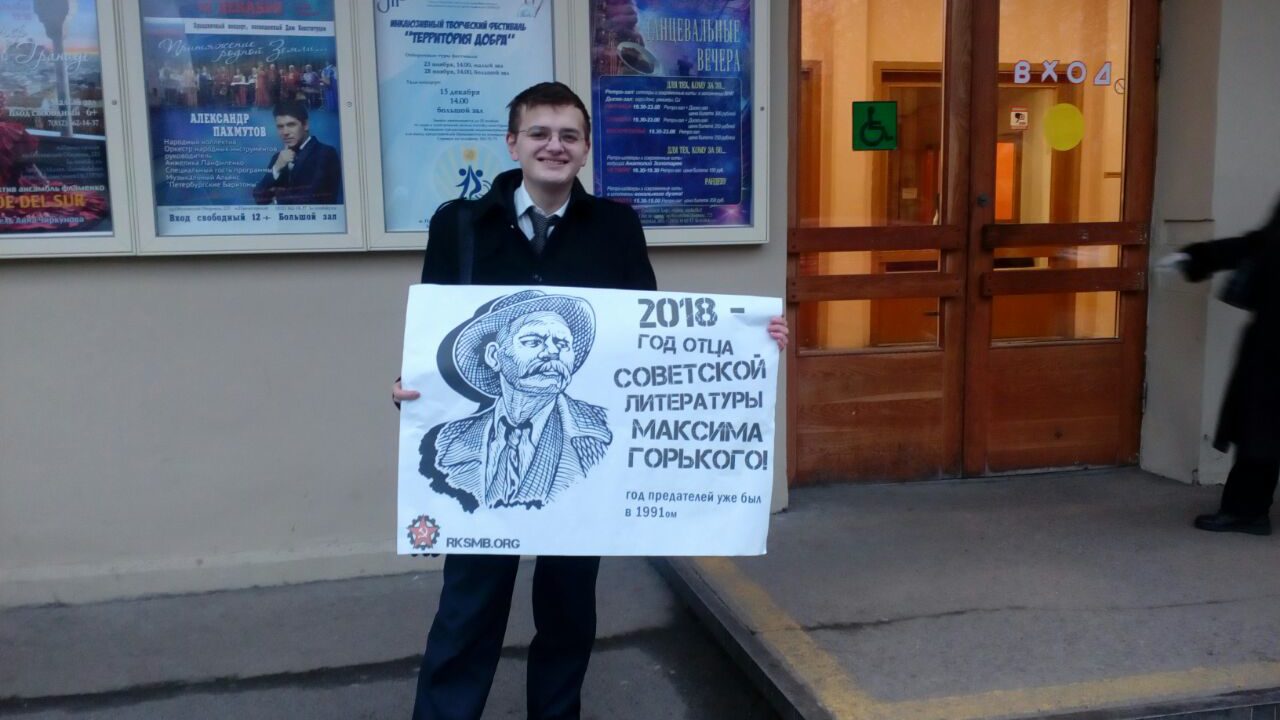 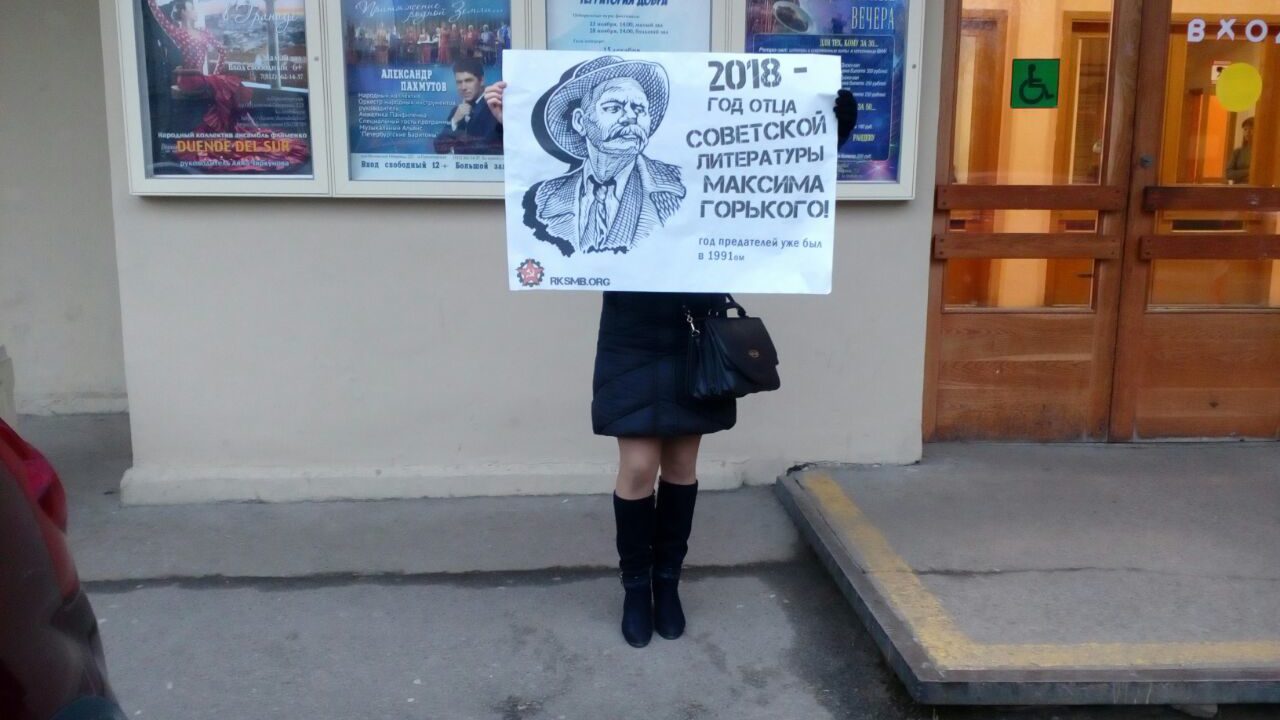