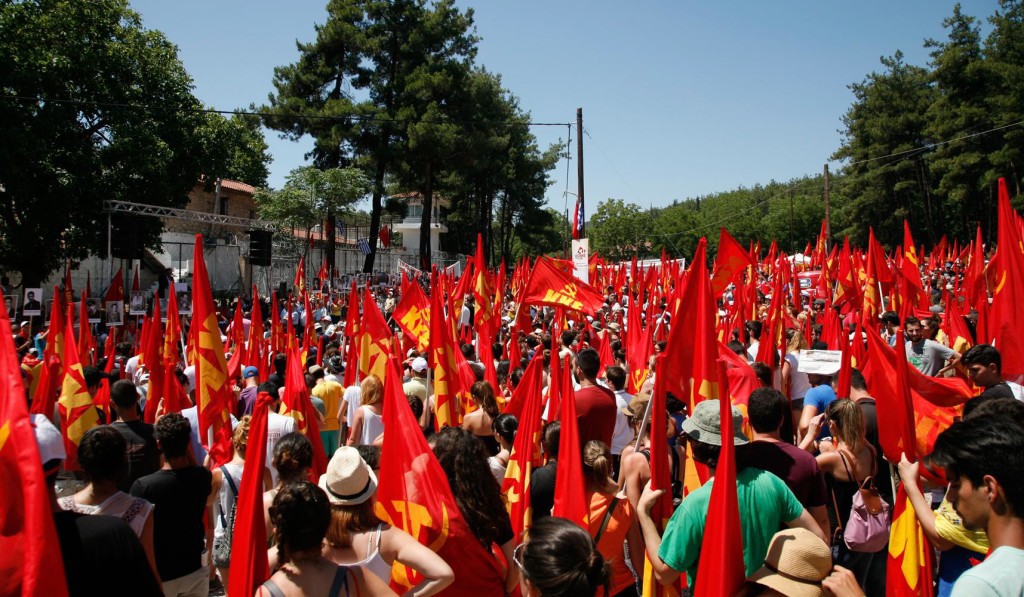 RCYL(b), among with other progressive youth organizations of the world, has signed the Resolution of Solidarity with the Communist Youth of Greece (KNE) and the Communist Party of Greece (KKE) in their difficult struggle.

The situation in Greece is fastly developing. So called «left-wing» party SYRIZA that had won parliamentary elections more than a half a year ago now has exhausted any trust limits opposing its anti-social policy of new agreements with large monopolistic capital, even more burdening debts and anti-people measures to its own generous social campaign promises. Now the government resigns, leaving the country and its people even poorer and more indebted and in worse living conditions.

We present here the text of the Resolution of solidarity with KNE and KKE, which we have signed:

We, the Youth Organizations who sign the present text, express our solidarity with the struggle of the youth in Greece, for its’ rights to education, to work, to life. With KNE, which is in the front line of that struggle.

The new antipopular measures, as well as the new agreement-3 rd memorandum- that the coalition government of SYRIZA- ANEL is preparing to sign with the troika (EU, ECB, IMF) will be added to all the previous ones, to crash even more the rights of the youngsters to work, social insurance, education.

We unite our voice with the struggle of the youth in Greece. In order to stop fear and disappointment. For the abrogation of all memorandums and antipopular measures, for the restitution of the losses of the workers and the youth, for a really hopeful future for the youngsters, opposing the EU and the capital.

Youth of the Algerian Party for Democracy and Socialism

Union of Communist Youth of Spain