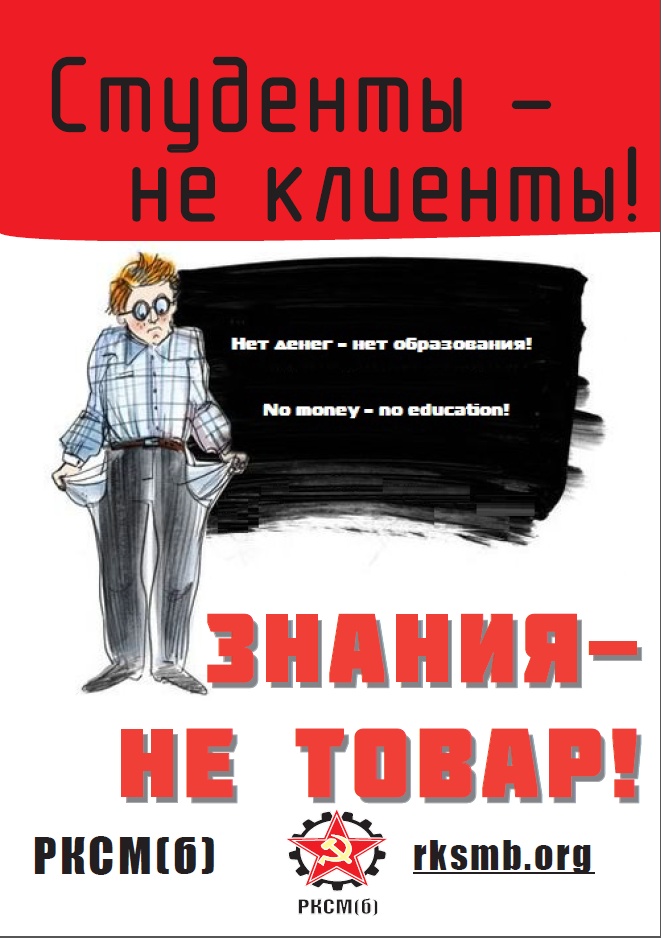 Students are not clients! Knowledge is not a commodity!

English (40)  28.11.2014
Under such slogans activists of the RCYL(b) had conducted a series of pickets at the Universities of Kaliningrad and Leningrad. The activists held the action during the week of the fight for free available education that was passing through the initiative of the World Federation of Democratic Youth (WFDY) all around the world.
In Russia, despite the weak activity of the student movement, which is still in the nature of pockets, anti-educational reforms are going full speed: the authorities reduce the financial responsibility for education, the number of free places in Universities is being reduced, the introduction of the Bologna system and the commercialization of education are in full swing.

We encourage all initiatives fighting for the rights of students in Russia to go in touch with us and to be jointly organized for the exchange of experience and coordination of activities.

Let us defend the right to public education!