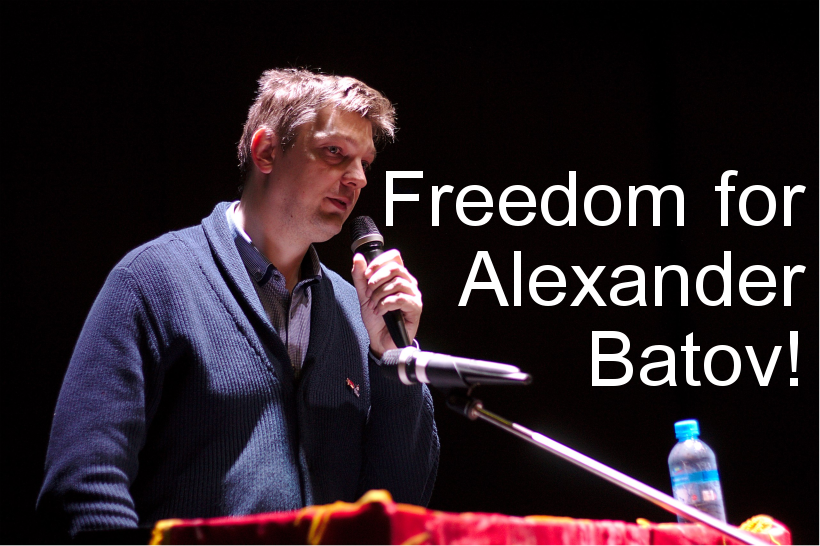 English (40)  10.05.2017
On May 9, 2017, during public events in honour of the 72 anniversary of the Great Victory of peoples over fascism, on the streets of Moscow was illegally detained by the police member of the Central Committee of the Russian Communist workers ‘ party in the structure of the CPSU, member of the National Preparatory Committee of the XIX World Festival of Youth and Students and the Honorary Chairman of the Revolutionary Communist Youth League — RCYL(b) Alexander Batov. Our comrade was detained for distributing antifascist leaflets, the contents of which condemned speculations on the Great Victory by the Russian bourgeois power. Today, on May 10, it became known that comrade Batov was sentenced to 7 days imprisonment for a contrived reason — allegedly for disobeying police.
The Central Committee of the Revolutionary Komsomol condemns the repressive actions of the Russian police against citizens exercising their democratic right to criticize the authorities! Also, the Central Committee of the RCYL(b) demands the immediate release of our comrade Batov from prison!
We appeal to all caring comrades, both in Russia and abroad, to protest against the illegal imprisonment of Alexander Batov and demand his immediate release! Anti-fascism is not a crime, as well as criticizing the bourgeois government!