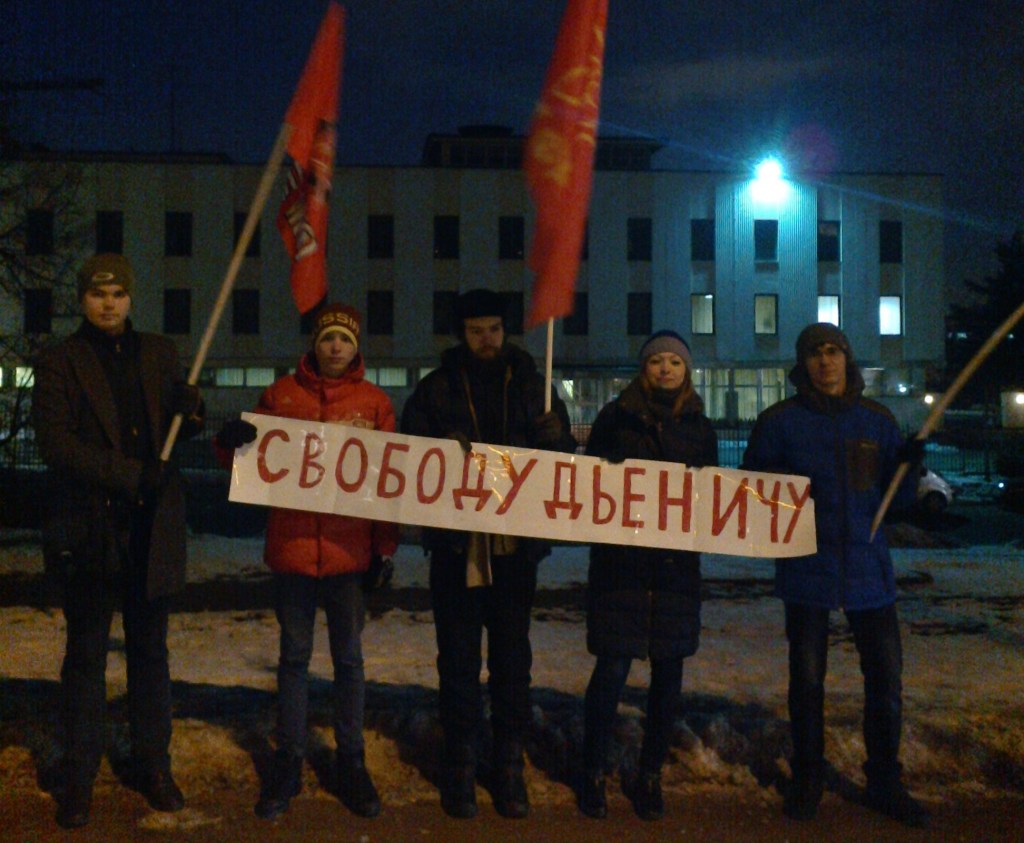 «Freedom to Đenić!»: an antifascist picket was held near the Embassy of Serbia

On January, 21st near the Embassy of Serbia in Moscow activists of the RCYL(b) and the ROT Front (The Russian United Labour Front) held another protest action in solidarity with the communists and anti-fascists of Serbia, which today are not only attacked by right-wing radicals, but also prosecuted by the state. The action was timed to coincide with the next court session on the case of Aleksandar Đenić, leader of the Union of Communist youth of Yugoslavia (SKOJ), who, being protected from attacking him members of the clerical neo-fascist organization «Serbian action», found himself in the dock.

During the picket it was able to talk with an employee of the Serbian Embassy, who was very surprised by such state of things in their homeland. A speech was made, leaflets were distributed. We will hope that under pressure from the international anti-fascist solidarity the case of comrade Đenić will collapse and he will be released.

No fascism of all stripes — from the doorways to the authorities! Freedom to Đenić!