Many people now have the feeling that human rights are some kind of a ghost. Like a big-budget film industry, produced in a specific country for a specific purpose, and not a universal principle at all.

For example, Saudi Arabia is the USA’s main ally in the Middle East, even more important than Israel. As the USA is the main fighter for human rights, its allies must have excellent human rights.

Women live a life of subjugation in Saudi Arabia. Under the system that prevails in Saudi, women should compulsorily have her male guardian’s permission to travel, to hold a job, to drive or to marry… It is illegal for a woman in Saudi Arabia to be seen with an individual of opposite sex unless he is her blood relative.»

It is well known that the American human rights media machine has no complaints about Saudi Arabia in this regard. Apparently, according to the American government, women in Saudi Arabia have sufficient rights. And they keep getting new ones every year. Since 2011 women are allowed to vote in municipal elections and from this year they may even ride a bicycle. Well, they will have to wear a special cycling costume for that, which by the way exactly matches the only one permissible for women for all other occasions.

And so on. If a country is an absolute monarchy (such as Saudi Arabia), it is still sufficiently democratic to avoid complaints. Unlike the countries that are a republic but are not good enough for the President of the USA.

If religion dictates by law everything that happens in a country and how its people are ought to behave in all situations, then it is forgiven if it has good relations with the USA. If this country is not an American ally though, then even a protest by a group of believers against something they don’t like automatically makes the whole country guilty. And the presence of a state religion does not even have to be discussed, such places can be lawfully bombed and occupied straight away.

If people who take part in mass disturbances or even begin military operations are arrested, then we need to check whether this country is an ally of the USA. If it is not, then these people are freedom fighters, totalitarianly repressed by a totalitarian regime. And vice versa if the country is an ally. Suddenly they become terrorists and they can be killed without a trial or investigation. However, if this country is the USA, then it can even send its armed forces to a foreign land, capture whoever it wants, take them out of the country, put them in prison and torture them, just because it doesn’t like this someone. Of course, this is not a violation of human rights at all.

In Russia, gays and lesbians have the same rights as all citizens. However, the USA, pro-American countries and the pro-American press accuse Russia of «discriminating against gays» on the basis that this minority is not allowed to remake laws that are the same for all to reflect their personal interests. In Saudi Arabia, gays are executed just for being gay. Equal rights are not even up for discussion, if you are found to be homosexual, then off with your head, no options. However, this does not bring about any objections from the majority shareholder of human rights. Neither does Saudi and their likes’ treatment of women, atheists and of simply non-Muslims.

This kind of hypocrisy has been typical of the West for many centuries, it is a part of politics.

Equal rights between men and women were legally enshrined in Russia in 1918, although in fact these rights existed almost immediately after the October Revolution. And at the same time, equality was given to all races and nationalities. In the USA in the 1920s, women only had the right to vote, there was not even any talk of full equality. France gave voting rights to women in 1944 and Switzerland did so in 1971. It was only possible to talk about the advance of equal rights in most European countries in the 1970s. In the USA, racial segregation was in place up to the same period.

Did this stop pro-American propaganda from claiming that the main offender of human rights in the world was the USSR? Not at all. Who cares about the facts, this is the Cold War, which continues to this day, despite the fact that the USSR no longer exists.

It does not matter how well a country observes human rights, especially compared to the USA and its allies, it still does not stop this country from being accused, because the aim is to accuse and not to achieve observance of some rights. The ruling circles in the United States are not generally concerned with the rights of ordinary people. They are only interested in their own personal economic condition and ways to improve it, including by using available political levers. This is why subordinate media circles are not interested in human rights. They use «rights» simply as a lever to get at countries they don’t like or those whose turn it is to be plundered, and nothing more.

And now, here is the main question.

Does all of the above mean that human rights do not exist? Do we have to forgive our authorities for all human right violations on the basis that the concept of «rights» is used against us by hostile western propaganda?

No we don’t. We only must not use someone else’s set of terms and justify ourselves to its authors. Firstly, this is not possible as they will accuse anyway. Secondly, doublethink should not be encouraged. Thirdly, and most importantly, why should they suddenly dictate what we should do.

We just need to send to hell Saudi Arabia any pro-western propagandist broadcasting about human rights with reference to the so-called civilized world. Let them get Israel to abolish national discrimination. Let them stop the USA’s endemic spying on its citizens, demand the closure of Guantanamo and ban humanitarian bombing. These are all objectively bigger human rights violations than the trumped-up trivia which they throw at us, China, Syria (before the war of course, crimes are unavoidable during war) and a number of other countries.

We certainly also have problems regarding human rights, but clearly not in those areas they are trying to push us into.

Why do these «human rights activists» never insist on the protection of workers’ rights? After all, this is where the most outrageous problems are for us and for many others. Do they not fight against this just because the other side is made up of those global groups whose interests most rights activists serve?

In fact they can only fight for rights that are «safe» for their employers, that do not lead their own citizens to think that for the sake of protecting rights they should squeeze their own ruling classes. The bankers, big business, etc.

But, and very conveniently, they have created the opinion that they are the only human rights experts. Therefore, they are the only ones with the right to determine where rights are violated and where they are observed. The above mentioned examples already show the real value of their expert opinion. However, even without these examples the discussion of human rights can hardly be considered the monopoly of circles close to the governments of several countries in the West.

Even if they had not sullied themselves with such provocative, cynical doublethink, then human rights would still remain a concept that belongs equally to all people on the planet. Meaning, to us as well. In our understanding the priority of each of the rights is not quite what they are trying to impose on us.

A person has a right to life, which may not be taken away for anyone’s economic interests.

A person has a right to health. This includes everyone and not just those who can afford to pay insurance.

A person has a right to active participation in life and development of society, which is impossible without education. This means that everyone should be provided with one, not just a narrow group of children from rich families and a slightly wider group of valuable employees of large corporations.

A person has a right to freedom. By the way, the right to disagree is also a part of freedom, and so-called political correctness violates this right.

A person has the right to protect their honor and dignity. Even if under the current political situation it is advantageous to remove this right, for example by smearing feces over the history of the person’s country.

These are the main rights and they must be achieved first. If this is how most human rights activists act, then quite soon people might believe that they are protecting actual human rights and not the rights of the elite of a specific country. 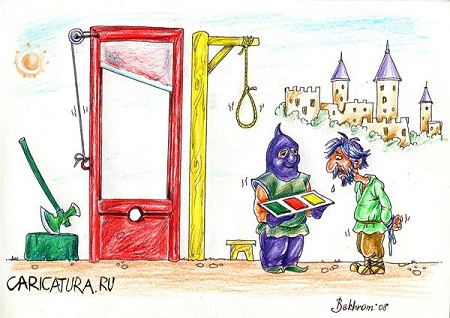